Maybe there’s some science behind the dramatic eyebrow trend after all.

A new study finds that facial features, like lips and eyebrows, tend to stand out less as people get older. Because of that, the authors say, people perceive faces with more contrast as younger.

In the study, published in the journal Frontiers in Psychology, researchers analyzed photographs of 763 makeup-free women with various skin tones between ages 20 and 80. A computer program analyzed the photos for facial contrast: a measure of how much the eyes, lips and eyebrows stand out due to differences in color, lightness or darkness with the surrounding skin.

Younger women had more facial contrast, and older women had less. Contrast especially decreased in areas around the mouth and eyebrows as women got older.

Anyone who’s ever filtered a selfie on Instagram won’t be surprised by this effect of contrast. But the findings may also help explain why people often use makeup to look younger.

The study didn’t involve makeup, so the authors cannot say for sure that darkening features cosmetically would have the same anti-aging results as demonstrated in the study. “But the way we manipulated features in the photos was very similar to what you’d do with makeup, and I would be surprised if you couldn’t get similar effects,” says co-author Richard Russell, associate professor of psychology at Gettysburg College. “We know that lips get less red with age and eyebrows get lighter, for instance, and those are both things that you could address with makeup, if you wanted.”

The research showed that the younger women tended to have more contrast in their facial features – particularly in the lips and eyebrows.

The study then created two sets of photos for people to examine.

Over 80 percent of the time, participants said that the high contrast face looked younger than the low contrast face. Even though the study only included photos of makeup-free women, researchers have said that the results can apply to women wearing makeup too.

“We know that lips get less red with age and eyebrows get lighter, for instance, and those are both things you could address with make-up if you wanted.

“The way we manipulated features in the photos was very similar to what you’d do with make-up.

“And I would be surprised if you couldn’t get similar effects.”

So there you go.

Want to look younger? Just get a brow tint and some darker lipstick.

The biggest surprise of all was the power of the brow. For women of all ethnicities, brow color faded with age—so darkening them may really make people look younger, the researchers say.

Though the study was only done in women, the findings likely apply to men, too. Other research suggests that the decline of facial contrast with age is not just true of women, but also true of men. 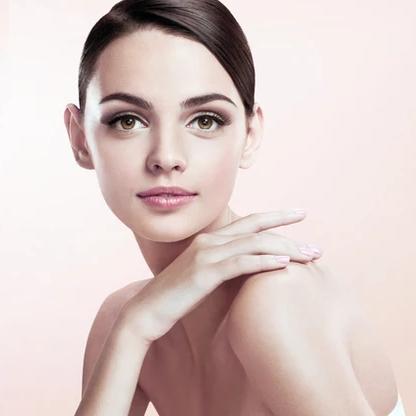 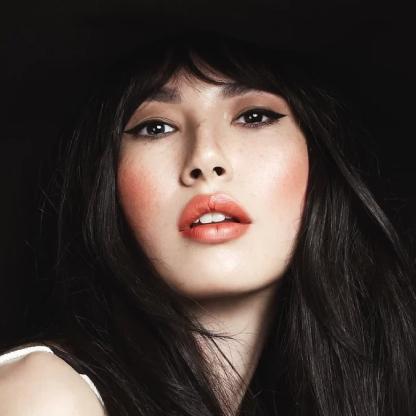